Mrs Eliza Jane (Jenny) Donner was the headmistress of Ellerker School. She was born in Twickenham in 1883 and married Frank Victor Donner in Barrow on Humber in 1908. Her father had been born in Canada and was a warrant officer in the British army when he died in India when Jenny was only seven years old.

Her husband, Frank Victor Donner, was a commercial traveller for a chemical company but at the outbreak of hostilities he volunteered for the army and was a sergeant in the 1st battalion of the Lincolnshire Regiment in the First World War. He died in France in 1916. They had only been married for eight years and Jenny was left on her own with four young children, three boys and a girl. She had trained as a teacher and in 1928 was appointed headmistress at Ellerker School.  Jenny and her family lived in Church House Ellerker and the three boys played for the village football team with some success. At the outbreak of war all three sons signed up to join the RAF.

Wilfred Bates Donner was born in Barrow on Humber in 1909. During the war he was a Sergeant serving in 203 squadron based in North Africa and the Mediterranean. They flew Martin Baltimore aircraft, light bombers which were also used for reconnaissance and were very cramped and 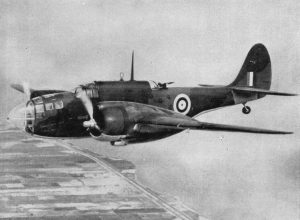 difficult to move around in. Wilfred was flying one of these aircraft when it was shot down on the 10th July 1943 and he was killed. His body was never recovered and he, like George Rudd, is commemorated on the Alamein memorial. 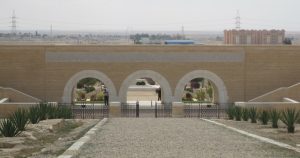