Humberside Police have asked me to send this information to you, please share.

“Postal Scam – between 25/7/18 -14/8/18 there have been 7 police incidents in Cottingham, Willerby and Beverley area.
A male dresse in a red post office t shirt, black shorts and shoes.
This male is believed to be a bogus post man, the male says he has a parcel for this address ( the person’s name is on the parcel) and there is an outstanding 68p to be paid for it. If the house owner states they will pay by cash the bogus persons says he can only accept card. The male produces a card reader and once the bogus male has the card he tells the person it did not work as the signal was no good the male states he is going to go round the corner so that it would work. Now the male has the bank card/details. Once around the corner he joins a male in a vehicle waiting in a black land rover freelander 1997 – 2006 model. They then drive off and go to a nearby ATM and withdraw £200 and £50. The same scam is then repeated in the same area then they move on and turn up a few days later and repeat the scam.

If anyone becomes suspicious or can get the registration of the black car phone police 999.” 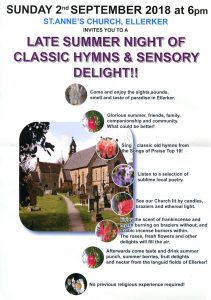