The organist at St Anne’s was born in Willerby in 1892. He was the son of Charles and Elizabeth Miller, Charles worked as an attendant at the asylum in Willerby. In 1911 William was living with his parents at Asylum Cottages in Willerby and working as a Drapery Warehouseman. William used to cycle from Willerby to Ellerker to play the organ.

In 1914 at the age of 22 he joined the 10th Battalion East Yorkshire Regiment, one of the Hull Pals battalions and was sent to France. On the night of 3rd June 1916 the Allies mounted a heavy bombardment of the German positions and a retaliatory bombardment by the Germans between midnight and 1.40am resulted in the death of William. The battalion was relieved at 6pm and left the front line withdrawing to Bus-les-Artois.
William is buried in Sucrerie Military Cemetery at Colincamps in Northern France.
Plot 1 Row F Grave 36. 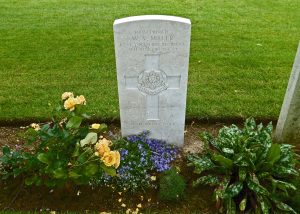 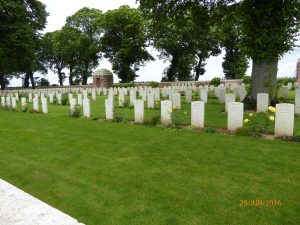